For this lab, you will write a program that generates four variations of a fractal consisting of overlapping squares. The final output should look something like this: 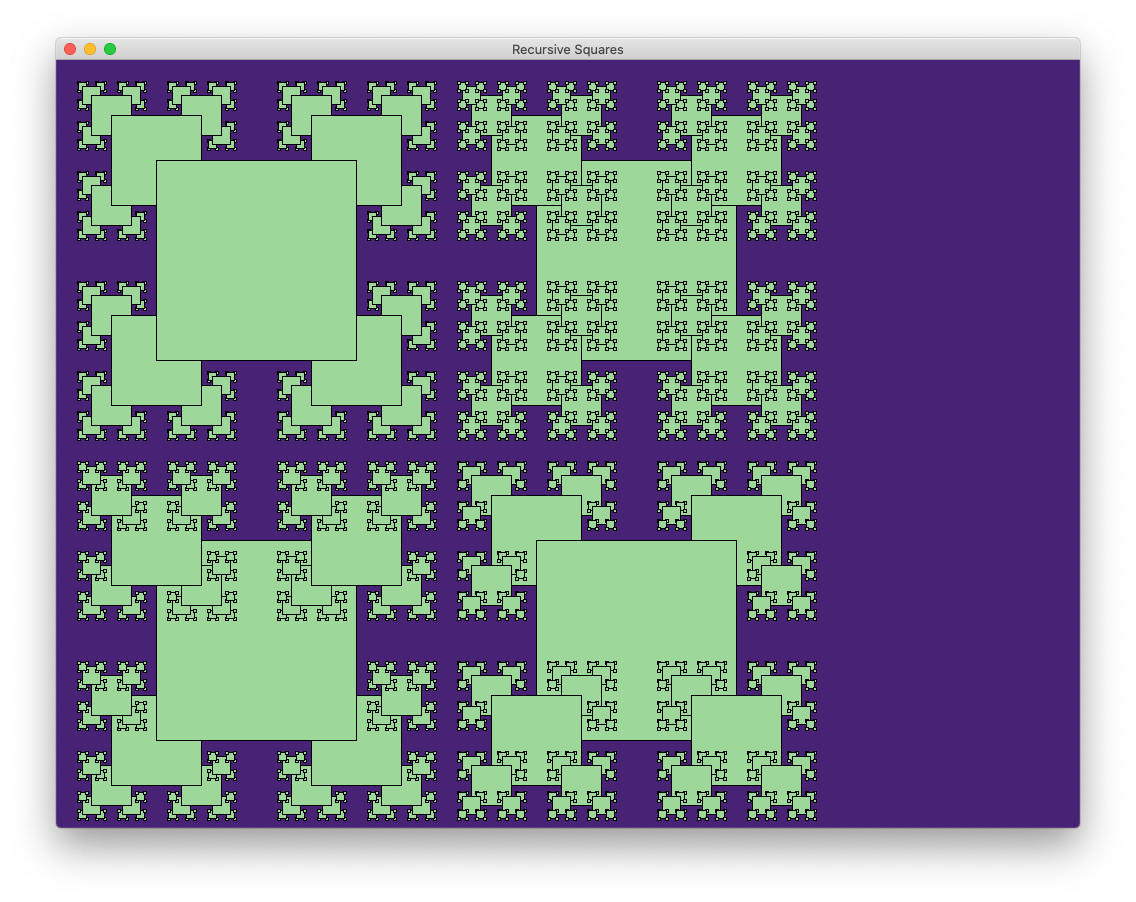 The square figures are generated in the following manner: each time a square is drawn, four smaller squares are also drawn: one centered at the square’s four corners. The relative size of the smaller squares should controlled using the variable SQUARE_RATIO, which is set to 2.2 by default. Thus, if the central has width 200 pixels, the squares placed on its corners will have width 200 / 2.2 = 91 pixels (note that all dimensions should be ints).

In addition to drawing the “default” image, your program should take a command line argument that allows the user to specify the depth of the image. The supplied code in RecursiveSquares.java already reads an integer input (if supplied by the user) and stores it as a variable private int depth:

To specify a recursion depth, you should run the program with an integer following the usual execution command:

For example, the following three images show the desired outputs for 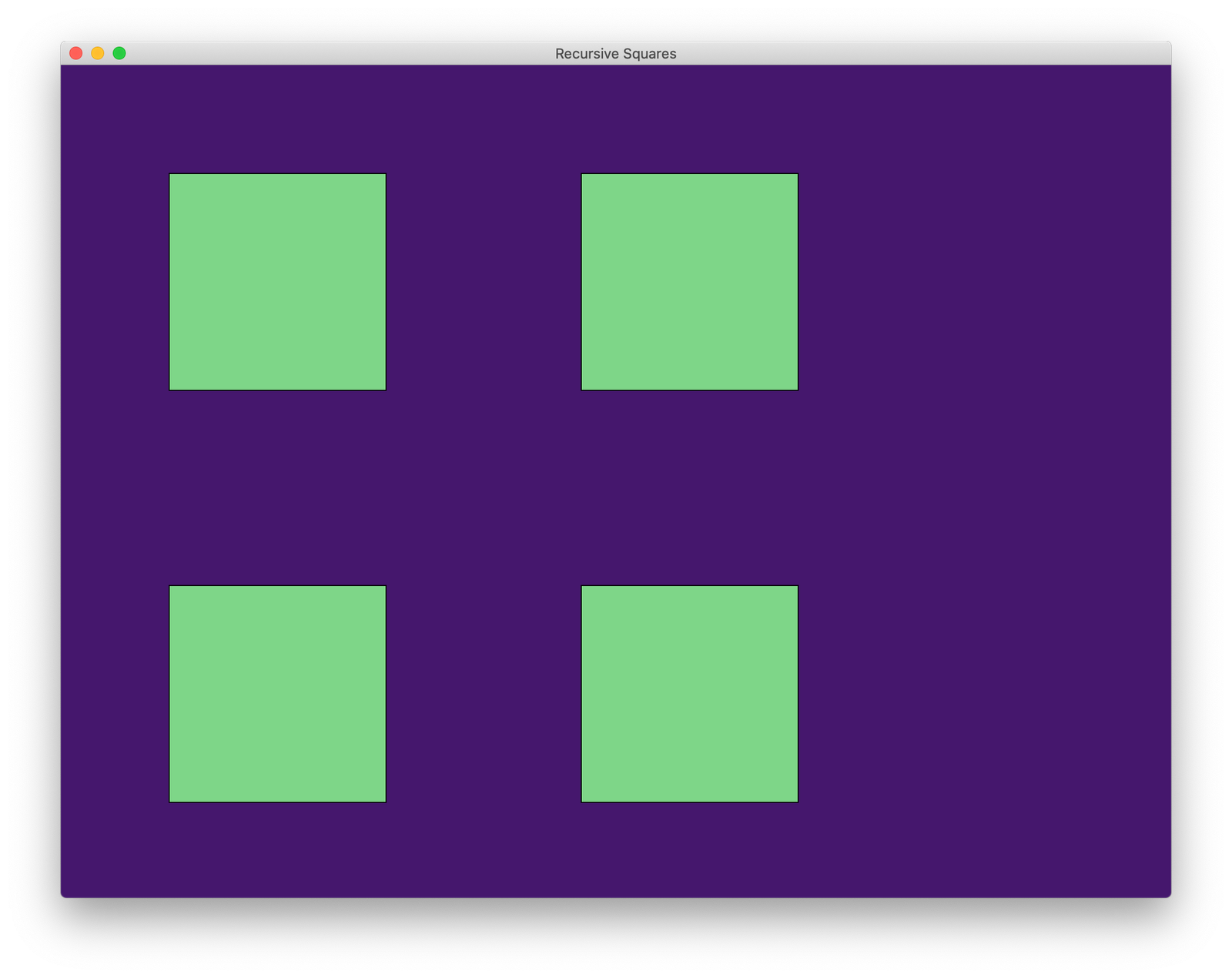 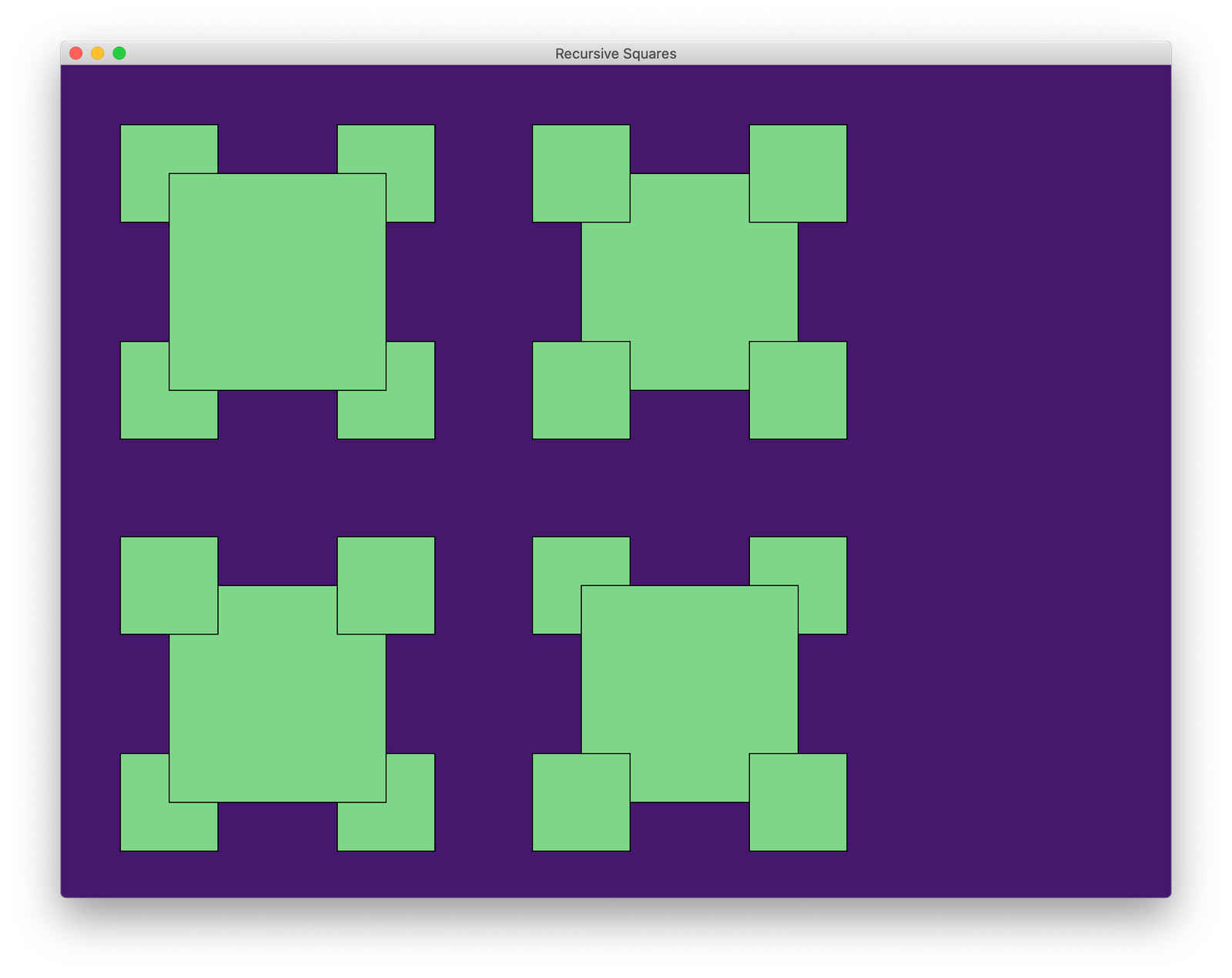 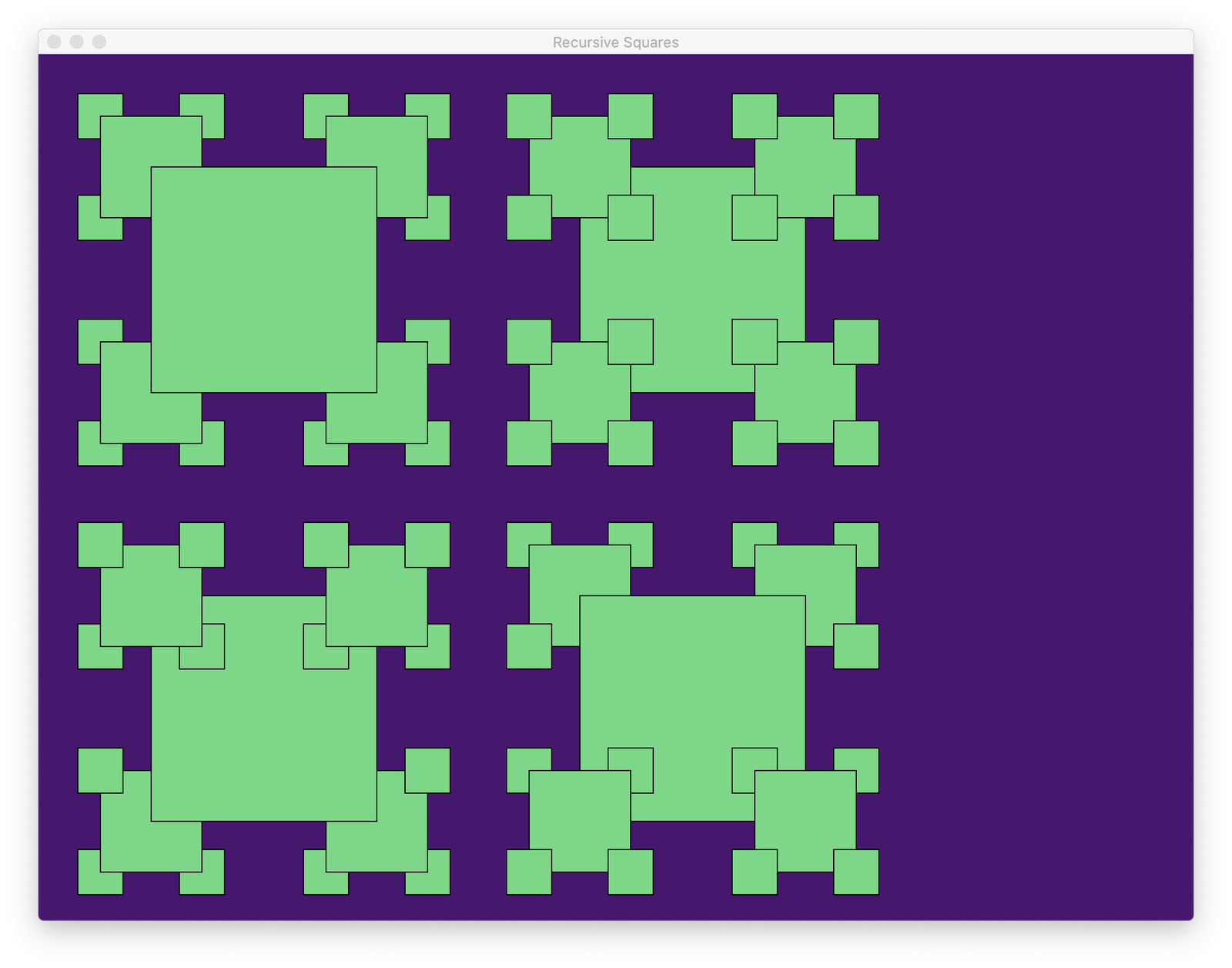 There are a lot of ways to extend this assignment. Here are a few suggestions, but don’t feel constrained to doing one of this extensions (if any). Just be sure to turn in the basic assignment, as well as your extension if you are doing an extension.

All code should be turned in to the Moodle submission page by 23:59 AoE on Friday, February 26th. (This corresponds to 7:59 am on Saturday February 26th, Eastern Time.) Please upload your own modified copy of RecursiveSquares.java, and separate files for extensions (if any).

Your basic assignment will be graded on a 3 point scale as follows:

In addition to the points above, you will receive credit for any extenion(s) as specified in the course syllabus.