Informally, fractals are geometric figures that exhibit self-symmetry: that is, there is a regular structure that repeats on different scales. Visually, they tend to be characterized by intricate repeating patterns. A prototypical example of a fractal is the Sierpinski Triangle, depicted here: 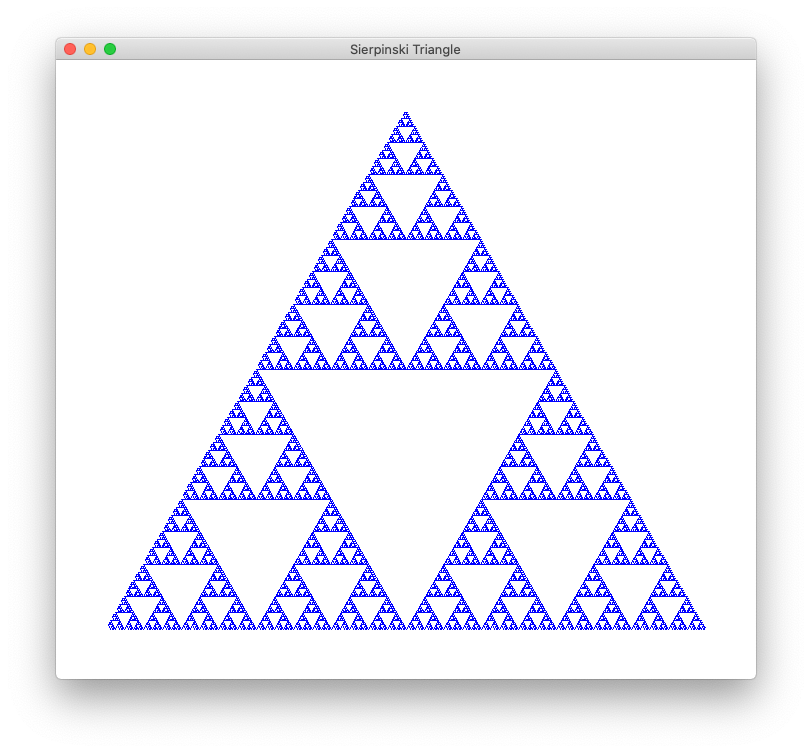 The figure consists of a large triangle broken into 4 triangular parts: central, top, left, and right. The central triangle is white with a blue outline. The other three regions are similar to the whole triangle, but at 1/2 the scale. One can construct the Sierpinski triangle in stages. In the first stage, only the central triangle is drawn. In the second stage, the upper, left, and right triangles are replaced with “copies” of the first stage image, scaled by a factor of 1/2. In the next and subsequent stages, each sub-triangle is further subdivided into 4 regions, with the non-central regions being drawn as scaled-down copies of the first stage image.

To turn this idea into code, we need to specify when the procedure is completed—i.e., when the base case is reached. There are two natural ways of doing this:

The previous image was generated using method 1 above, specifying a fixed depth and stopping recursive calls once that depth was reached.

Another well-known example of a fractal is the Koch curve or Koch snowflake. This curve can be generated as follows. Start with an equilateral triangle. Then each (recursive) step makes the following transformation: replace each line segment with 4 line segments, each 1/3 the length of the previous line segment in the following configuration:

The following figure shows the images generated after applying this procedure to recursion depth 0, 1, 2, and 3, respectively, from left to right.

Applying the same procedure indefinitely (or until the line-segments become smaller than a single pixel), we arrive at the following picture: 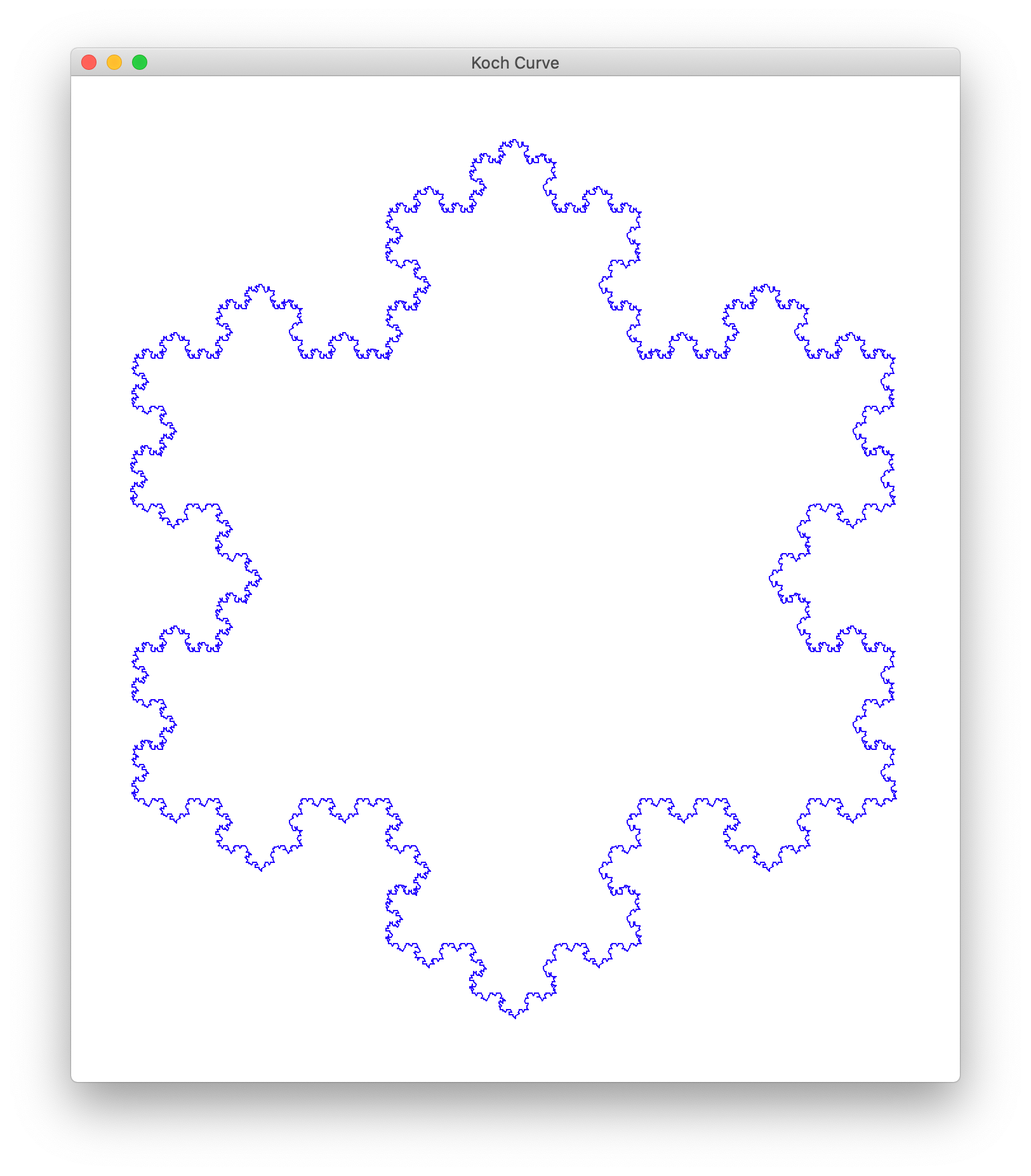 General approaches to generating (some) fractals

The second method (used to draw the Koch curve) is the following:

Using these general strategies, you can generate a wide range of intricate, beautiful, and often surprising images. A few other notable examples include:

IYI: A mathematical aside

While many people are attracted to fractals for their visual properties, fractals have been studied in mathematics for their often surprising and counter-intuitive mathematical features. For example, consider the Koch curve generated above. Suppose we start with an equilateral triangle with side length 1. After a single transformation (recursion depth 1), each side is replaced by 4 line segments, each of length 1/3. Thus the perimeter of the new figure is 4. Similarly, at recursion depth 2, the perimeter increases by a factor of 4/3, so the depth-2 figure has a perimeter of 16/3. Continuing indefinitely, the perimeter increases exponentially, so “in the limit” the Koch curve has an infinite perimeter.

Despite having an infinite perimeter, the region enclosed by the curve is bounded—its area is finite! In fact, a careful calculation shows that the area enclosed is precisely 8/3 times the volume of the original triangle. So the Koch curve gives an example of a figure with infinite perimeter but enclosing only a finite area.