In this lab, you will explore how to use event handling in order to implement a simple game. Previously our graphical programs were passive: once the the program was launched, the user could not interact with the program in real time. Event handling allows our programs to get input from the user—for example, reading individual keystrokes, cursor location and clicks—in real time. Using these events, we can write programs that are truly interactive.

The game is simple. The player manipulates a ship (for now, simply a white disk) using the arrow keys to control the ship’s acceleration. The ship moves around the screen and bounces off of the walls. There are two other types of objects on the screen: hazards (red disks) and goals (small green disks). The goal of the game is to reach all of the goals while avoiding the hazards. Here is a screenshot of the game: 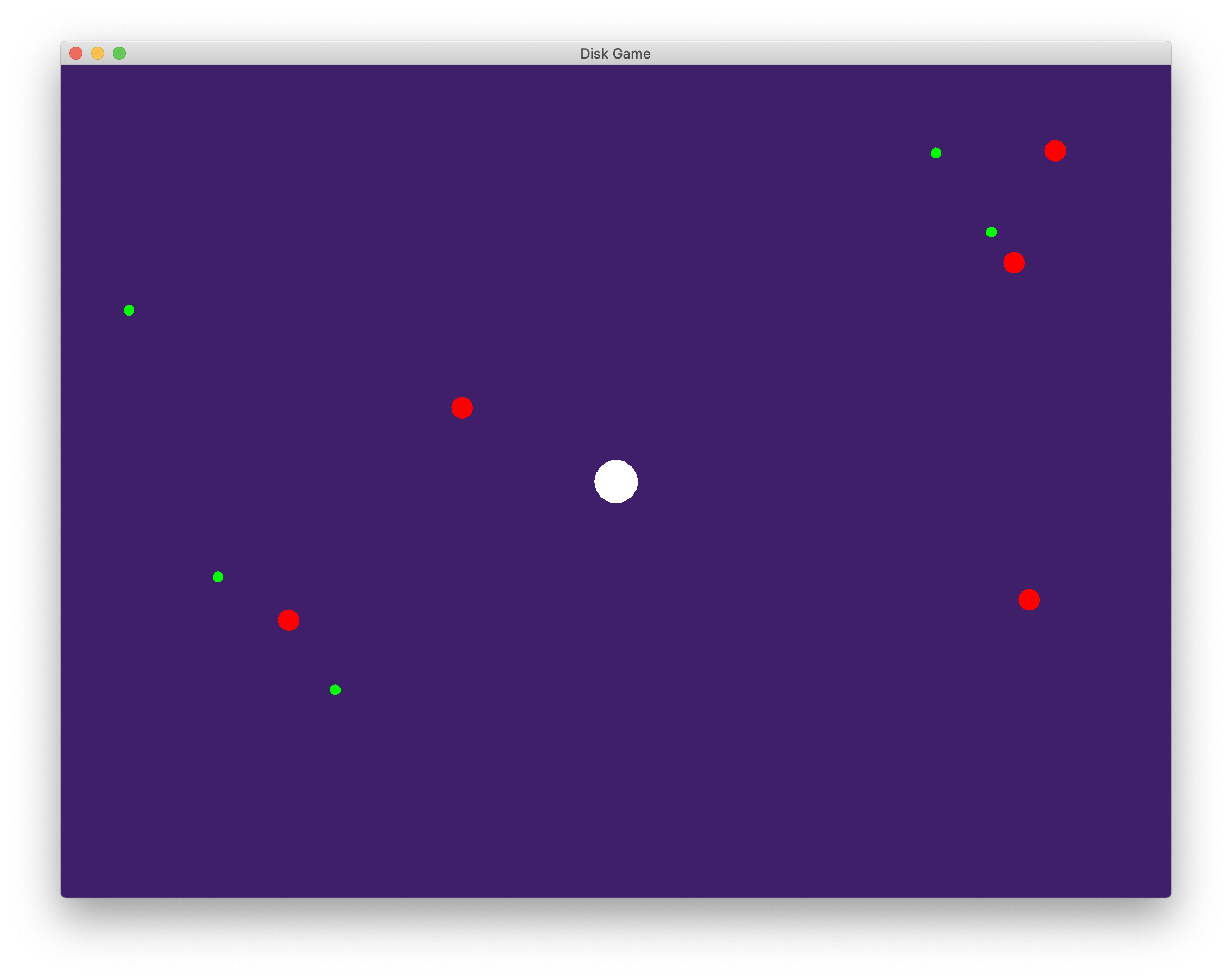 Initially the ship is stationary at the center of the screen. When the player presses an arrow key, the ship accelerates in corresponding direction. When the arrow is released, the ship ceases to accelerate, but continues moving under the influence of inertia.

When the disk reaches a goal (small green disk), the goal is removed from the screen, as shown below. 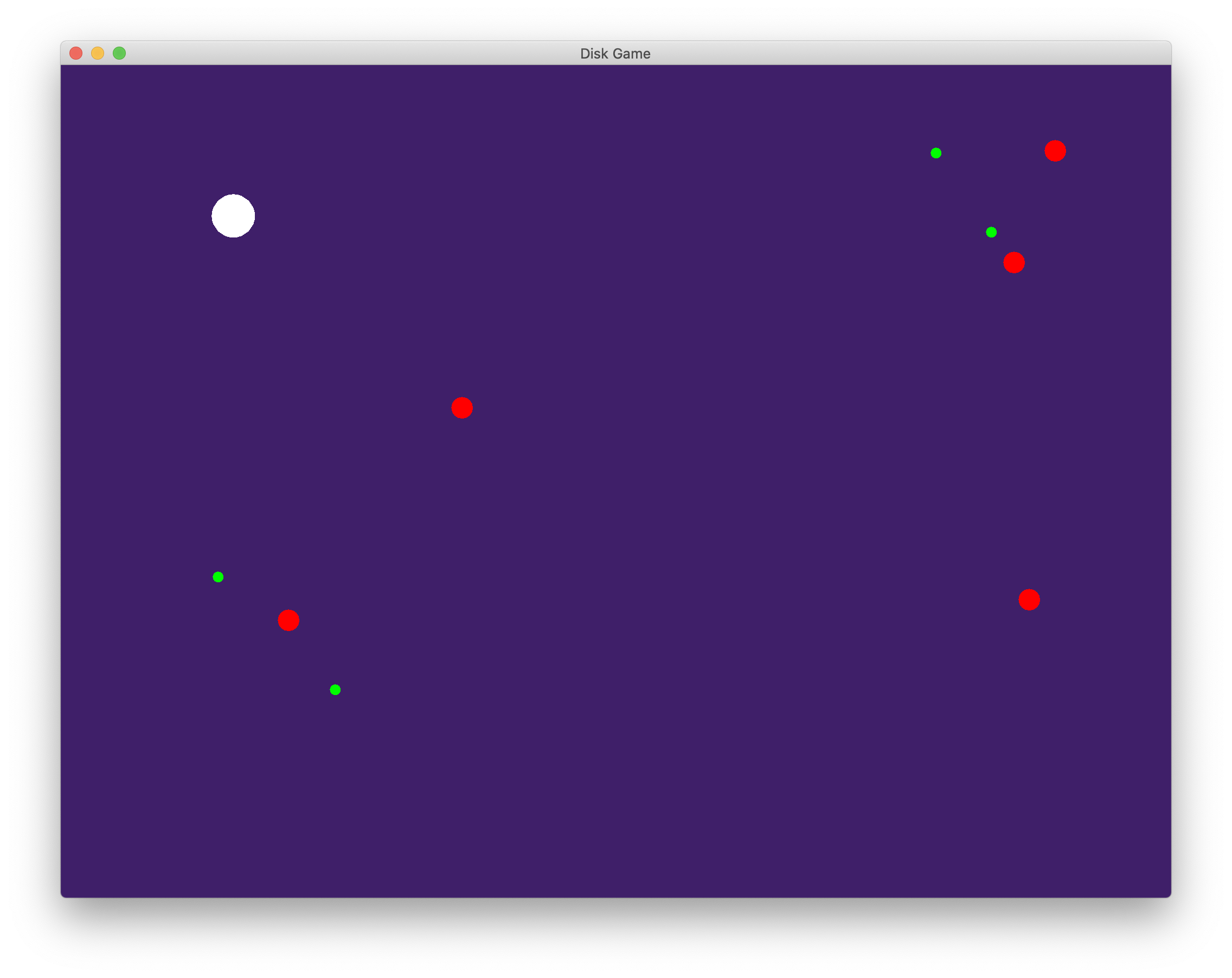 If the ship hits a hazard, the game ends, and a message is printed to the console.

The contents of all the files should be familiar from the Bouncing Disks lab. For this lab, you should finish the implementations of the following methods:

Submit all code needed to run your program (DiskGame.java, Game.java, Pair.java, BouncingDisk.java) to the Moodle site by Friday, April 30, 11:59 AoE. Additionally, please fill out the survey linked to from the Moodle submission site.

The lab will be graded on a 3 point scale as follows:

Additionally, extra credit will be awarded for extensions, as well as early submissions (up to 4 days early) as specified in the course syllabus. If you submit an extension, please include a README file that describes the functionality of the extension.