All submissions to Google drive folder

Theorem (FLP, 1985). There is no algorithm that achieves consensus in the presence of even a single faulty process.

Lemma 2. Suppose $A$ solves consensus. Then there is a bivalent initial state.

Lemma 3. Every consensus protocol has a critical execution.

These properties hold for all consensus protocols

Finish the proof of FLP

Outline of Proof of FLP

Without loss of generality:

Assumption: next operations for both $P_0$ and $P_1$ are read 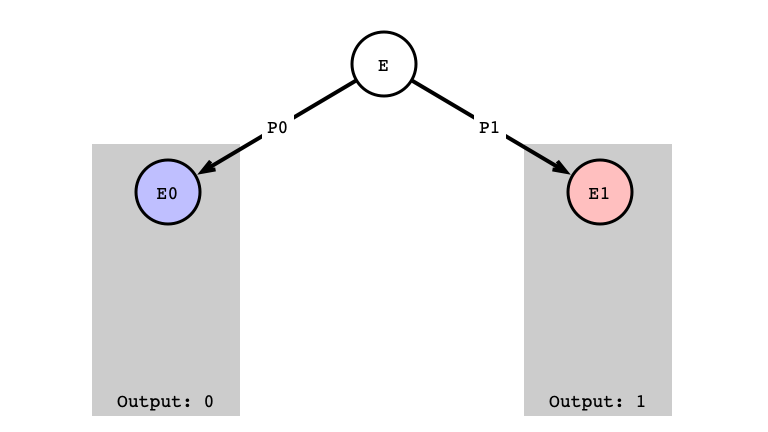 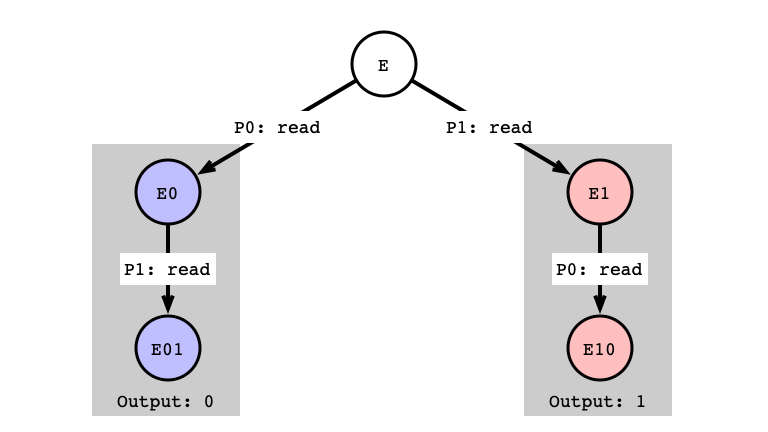 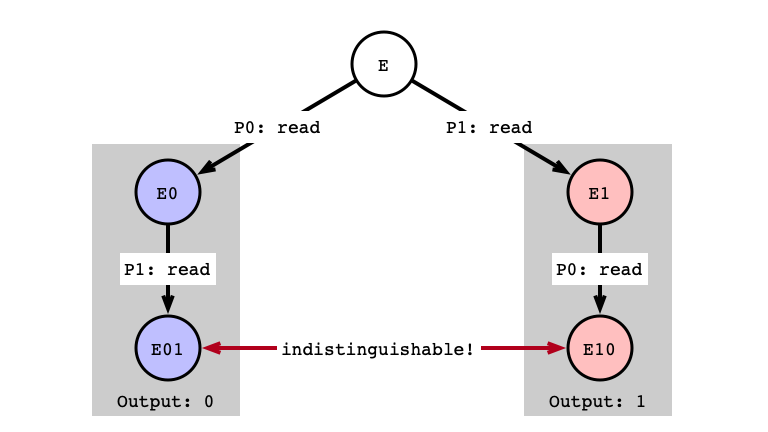 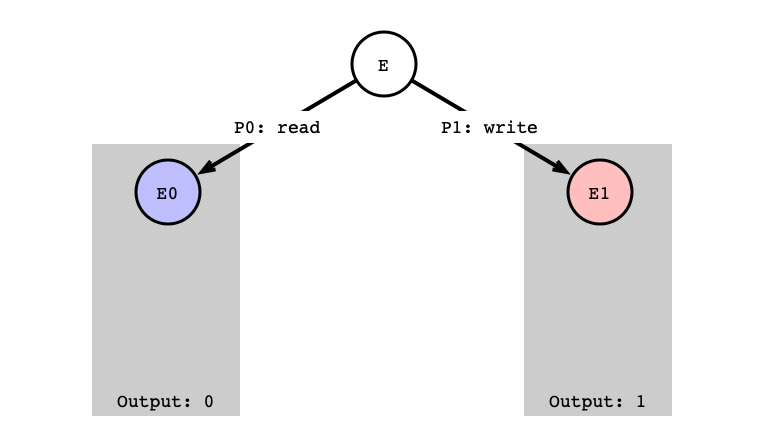 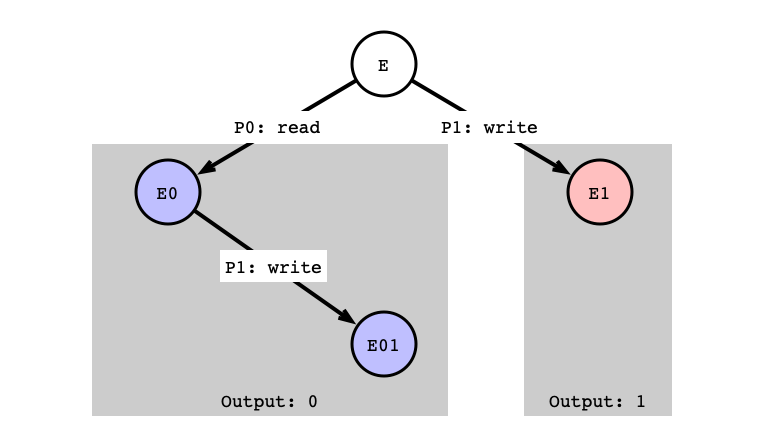 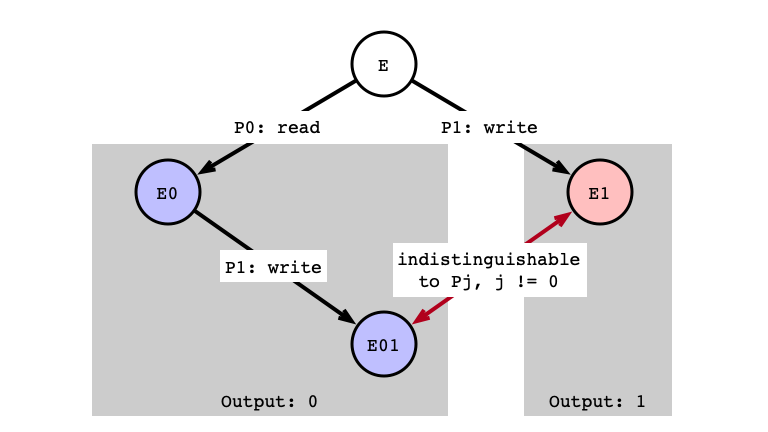 Assumption: next operation for both $P_0$ and $P_1$ is write 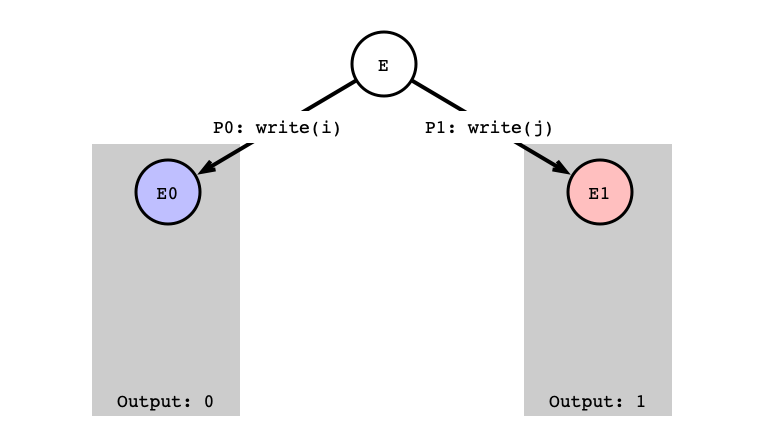 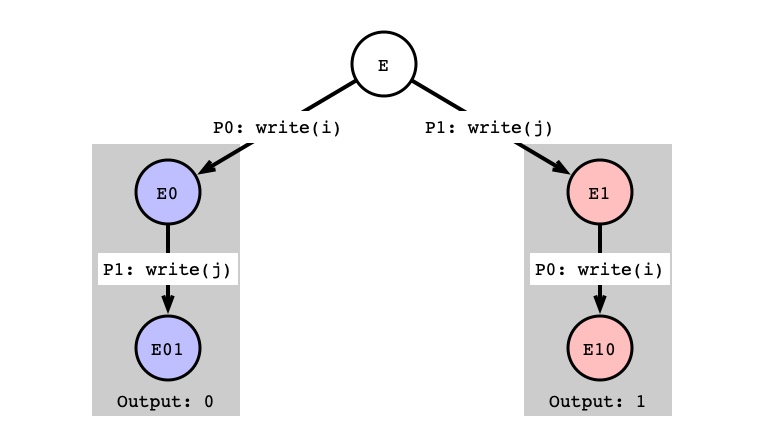 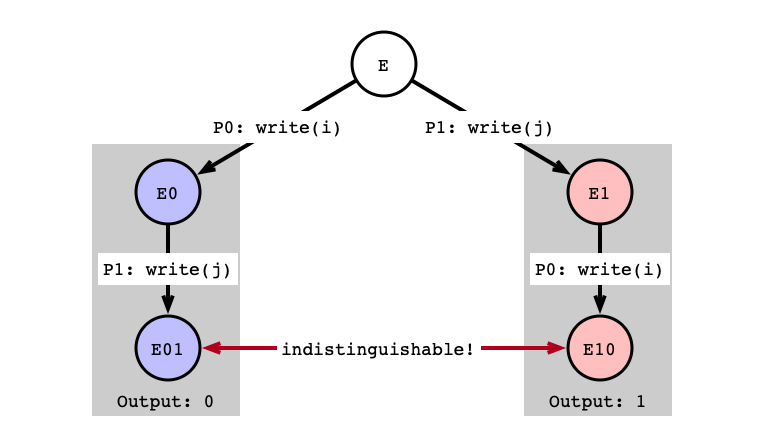 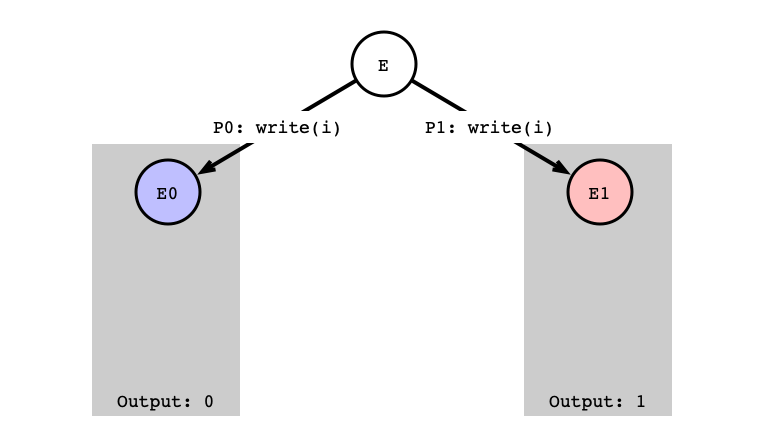 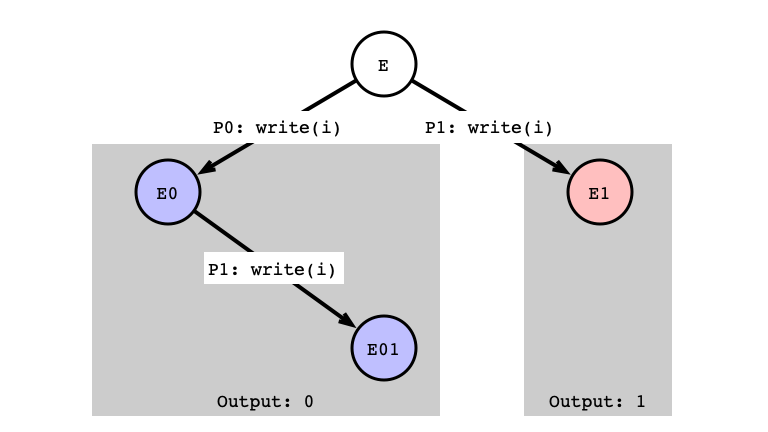 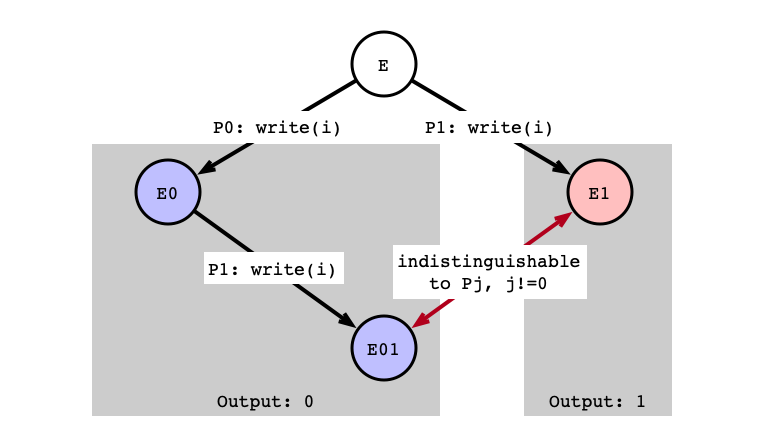 Remark. 1 and 2 hold for all protocols; 3 assumes only read/write registers

Does the Model Reflect Reality?